Watch Fergus Bell discuss how journalists can protect their social media sources
First Draft uses cookies to distinguish you from other users of our website. They allow us to recognise users over multiple visits, and to collect basic data about your use of the website. Cookies help us provide you with a good experience when you browse our website and also allows us to improve our site. Check our cookie policy to read more. Cookie Policy. 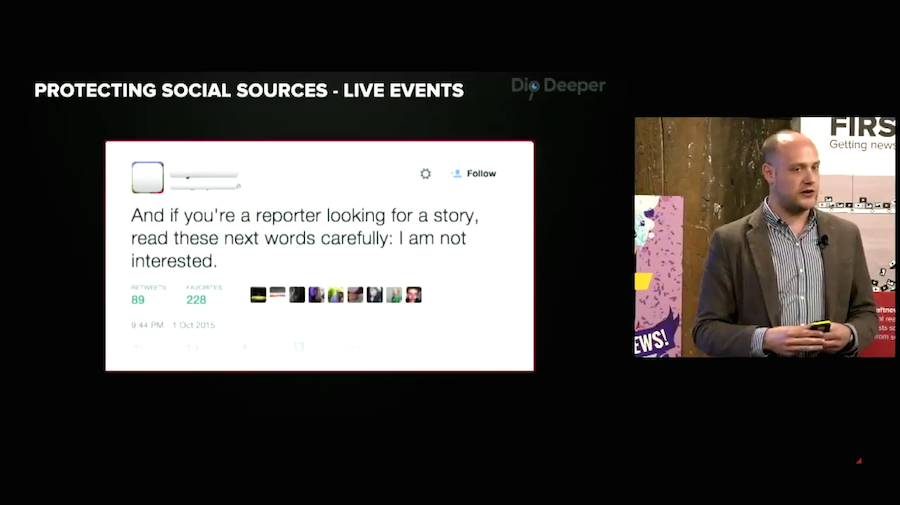 Contacting eyewitnesses on social media comes with its own risks and responsibsilities, as Fergus Bell explained at the recent #FDLive3 training at AJ+

Eyewitnesses have always been central to how journalists cover the news, but social media presents new challenges in how they are contacted and credited.

Fergus Bell, founder of Dig Deeper Media, looked at some of the risks and responsibilities involved with contacting sources on social media at the recent First Draft Live training day at AJ+ in San Francisco.

Watch his talk at #FDLive3 here and find links to the other presentations from the series below.

Other videos from #FDLive3 at AJ+

Videos from #FDLive at The New York Times: