WhatsApp at 1 billion: How can journalists use the chat app for newsgathering?
First Draft uses cookies to distinguish you from other users of our website. They allow us to recognise users over multiple visits, and to collect basic data about your use of the website. Cookies help us provide you with a good experience when you browse our website and also allows us to improve our site. Check our cookie policy to read more. Cookie Policy.

WhatsApp at 1 billion: How can journalists use the chat app for newsgathering? 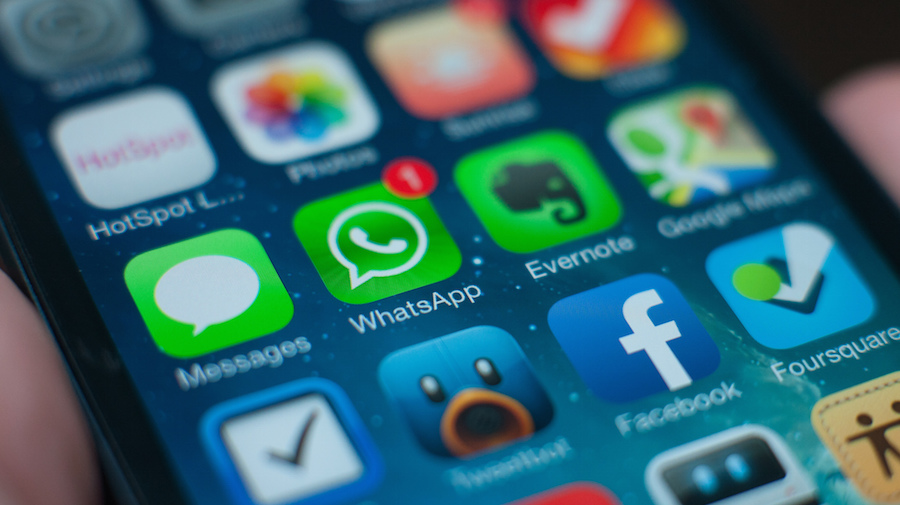 With one in seven people around the world using the Facebook-owned messaging app, what opportunities does it present for reporters in terms of finding stories, as well as distributing them?

As of early February, WhatsApp is in the pockets of over one billion people worldwide – one in seven of every man, woman and child on the planet.

The messaging app’s potential as a broadcast platform was quickly seized upon by news organisations eager to tap into the user base, whether to deliver top stories and traffic news to readers on their commute, give an audience updates to an ongoing story, or act as a platform for public service announcements in times of national crisis.

But relatively little attention has been paid to how WhatsApp could be used in newsgathering, beyond publishing a contact number and inviting audiences to submit tips. Surely, with so many people using the app, the opportunities to find sources and stories should be overflowing?

Last December, BuzzFeed News reporter Rossalyn Warren published an article about a 19-year-old Syrian refugee on his journey to Greece.

“It had been six days since I last heard from Abdul,” Warren wrote. She knew he had been planning a trip across the Aegean Sea, and the lack of contact was ominous. “He usually responded swiftly to my messages on WhatsApp, but this time, I could tell by the grey double tick next to my messages that my latest ones had been delivered, but not been read. The ticks had not turned blue.”

When Abdul eventually responded, he told how the boat he boarded for his journey had sunk to the sea floor. He managed to swim back to shore but, like so many others, a number of his fellow passengers were not so lucky.

Warren first met Abdul on Facebook in September. Many refugees use Facebook groups to make contacts and share information about their journey, so she posted to a group on the off chance someone would be willing to talk about their journey. Abdul had just arrived in Turkey and, after swapping phone numbers, the pair struck up a conversation on WhatsApp. 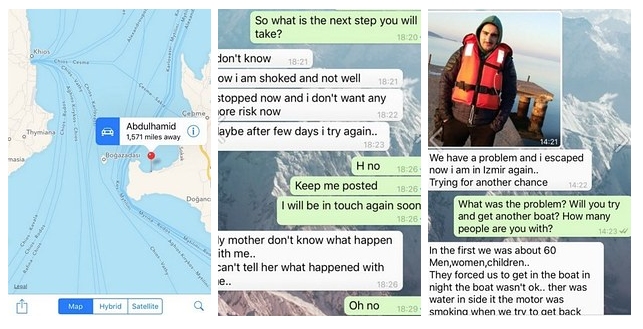 “I didn’t set out to do this as a story,” Warren told First Draft News. “I was hoping to build up a connection and maybe, if I went back out on the ground, I could meet him and follow him. But because there wasn’t that pressure to do the story it ended up falling into place.

“[WhatsApp] does still serve the same role that email and calls have but the difference there is you have to try to jam everything into a 20 or 30 minute chat, if that. People on the move just aren’t going to have that time.”

Like any reporter, Warren was paranoid about being taken for a ride but said some of WhatsApp’s faculties helped in verifying Abdul’s claims about who and where he was. Sending pictures of his passport, family, surroundings which, paired with WhatsApp’s GPS option to share his location, quelled Warren’s fears. And, when shared within the app, it is a far easier option than attaching images to email, she said.

“Refugees don’t have the time to sit there and do that,” Warren continued. “But if he has his phone and is trying to stay in touch with people on the move it’s a very easy tool to use. Before he got on the boat he showed me a bunch of videos of him before he boarded.”

Compared to the very public and limited options for speaking to sources on social networks like Facebook or Twitter, WhatsApp helped Warren build a rapport, albeit over the course of weeks, in a way she says would have been impossible otherwise.

“If they’re on the move, or in the middle of a crisis situation, they’re not going to sit there and say to journalists ‘yeah, sure, let me tell you about my story’,” she said.

“But if journalists manage to make connections to people using things like WhatsApp, where they’re actually using these tools on a personal level with a lot of people, it helps break down that barrier between a reporter and the subject of a story. It makes it easier for them to just talk and tell more personal things than they would over Twitter.”

Where WhatsApp has limitations, however, is in finding sources or stories in the first place.

At social newswire Storyful, global news editor David Clinch and news editor Joe Galvin have been researching and refining their use of WhatsApp for newsgathering over the last two years. While stories like Warren’s are the “bright lights” of when using the app goes well, said Clinch, they are “an illusion in the sense of it being a consistently useful newsgathering platform.”

“Because WhatsApp isn’t really a platform,” he told First Draft News. “It just isn’t. It’s a private messaging app. There’s no platform that you can search, there’s no API, there’s no geolocation you can search via some method, you just have to be connected to people. So we’ve cheated by identifying the people, in particular places where WhatsApp is very useful as a newsgathering tool, who act as the nodes.”

In the same way as Twitter lists of trusted sources form a core part of Storyful’s newsgathering model, Clinch, Galvin and their teams have established relationships with journalists and other sources on WhatsApp who send them tips, pictures and videos on the ground as stories break.

This has been particularly useful in Mexico and Israel, where police footage is often leaked to the press via the messaging app before any official release. Footage from the arrest of drug lord El Chapo or the spate of stabbings and shootings in the West Bank reached Storyful editors long before the news was public, said Clinch, a situation only made possible by having sources in the right places.

Verification of this kind of footage within WhatsApp, however, is almost impossible. As with many social networks, WhatsApp strips images of any useful metadata and, when images start circulating within and between group messages on WhatsApp, there is no way to trace it back to the original source.

“We’ve had almost no luck or success in ever having anyone on WhatsApp identify a truly original source for content that actually was on WhatsApp,” said Clinch. “What we do have, is people say ‘I saw it on Facebook and then I shared it’ and that at least gives us a lead back to a platform.”

What’s more, most group messages on WhatsApp become so noisy with the chatter of its members that monitoring the posts for newsworthy material becomes a 24/7 job with little reward.

Footage from the Mexican police raid to arrest druglord El Chapo, which Clinch said was also first distributed on WhatsApp

“It’s still very much of a radar,” continued Clinch,” a helpful newsgathering tool but they don’t provide any tools to help us or anyone else identify originals or geolocation or timestamps or any of those things, so the best we can do is a sources approach.”

And when WhatsApp is the most effective communications tool in some countries, it may be the only way to speak to a source reliably.

“It is great as a communications tool with sources where in other cases it might have been trickier to communicate with people,” said Clinch. “It’s very seamless in places like Somalia and Kenya where communications aren’t necessarily the best. But WhatsApp, even on 3G, is very simple for people at that end. I wouldn’t say it’s helped us discover new sources but it is a very useful tool in terms of communication with sources in some parts of the world.”

Citizen reporting and communication rights organisation On Our Radar has long trained its journalists to use WhatsApp as their main reporting tool, from covering the 2015 elections in Nigeria to reporting on the effects of the Ebola outbreak in West Africa.

“It was particularly useful in the Ebola crisis when we didn’t want reporters to interview people directly because of the risk of catching Ebola in talking to survivors or people who had had it in their family,” said Radar’s editorial manager Paul Myles.

In Sierra Leone, Radar reporter Amjata Bayoh interviewed a man, Osman Bah, who had four brothers fall ill from Ebola. Two of his brothers died, but the others were discharged and returned home. Bayoh sent Bah questions via WhatsApp and asked him to record his answers as audio files. The interview was later featured on the BBC World Service.

“Recording over the phone line would have been much harder,” said Myles, “and if he tried to record over another app the source probably wouldn’t have had it, so the fact that he had WhatsApp meant we were able to do that interview in that way. That comes back to the prevalence of it as well. People have already got it and know how to use it.”

WhatsApp will not always be the medium of choice for a source and other chat apps are far more widely used in different regions of the world. But, with over a billion users, its potential as a means to communicate with sources should make it part of every journalists’ toolbox.

“If the right story comes about and it’s the tool that’s best for it then I would try doing a story again with WhatsApp,” said Warren. “But it’s one of those things where you can’t force a tool or way of reporting a story that doesn’t fit. You have to start with the story first.”