The student view: A day on the job monitoring Australia’s election 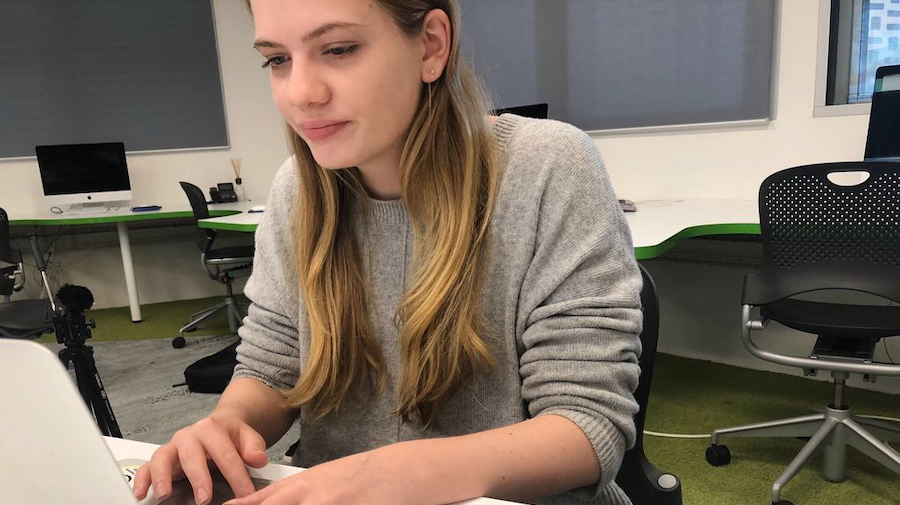 Meg Kanofski is a Journalism Major at the University of Technology Sydney.

Meg Kanofski, a journalism student at the University of Technology Sydney, describes a day’s work with First Draft as the 2019 Australian election approached.

In recent months, First Draft’s Sydney bureau trained around 40 students to help monitor and verify disputed information online during the May 2019 Australian election as part of the collaborative project, CrossCheck Australia. The students came from the bureau’s base at the University of Technology Sydney (UTS), as well as RMIT in Melbourne, HKU in Hong Kong and AUT in Auckland.

Meg Kanofski, a 19-year-old undergraduate studying journalism and international studies at the University of Technology Sydney, describes one day’s work as the election approached.

SYDNEY – Just five days out from the 2019 federal election in Australia, I started my day searching for the origin of photos featured in a Facebook post by far-right Senator Fraser Anning. His post called for Australia to issue 10,000 emergency visas for white South Africans, and featured the images of two black men holding knives as well as an injured Caucasian child.

“It’s a task of constant trial and error, reverse image searching and translating”

I trawled through similar image results from Google Images, Bing, TinEye and Yandex – leading me to Reddit and blog posts from the world over. It’s a task of constant trial and error, reverse image searching and translating. Working remotely on the investigation with a fellow intern, we eventually found the source of the photo of the injured child: a South African advertising campaign from 2000. It was a find that showed Senator Anning had used the image out of context to make his point. 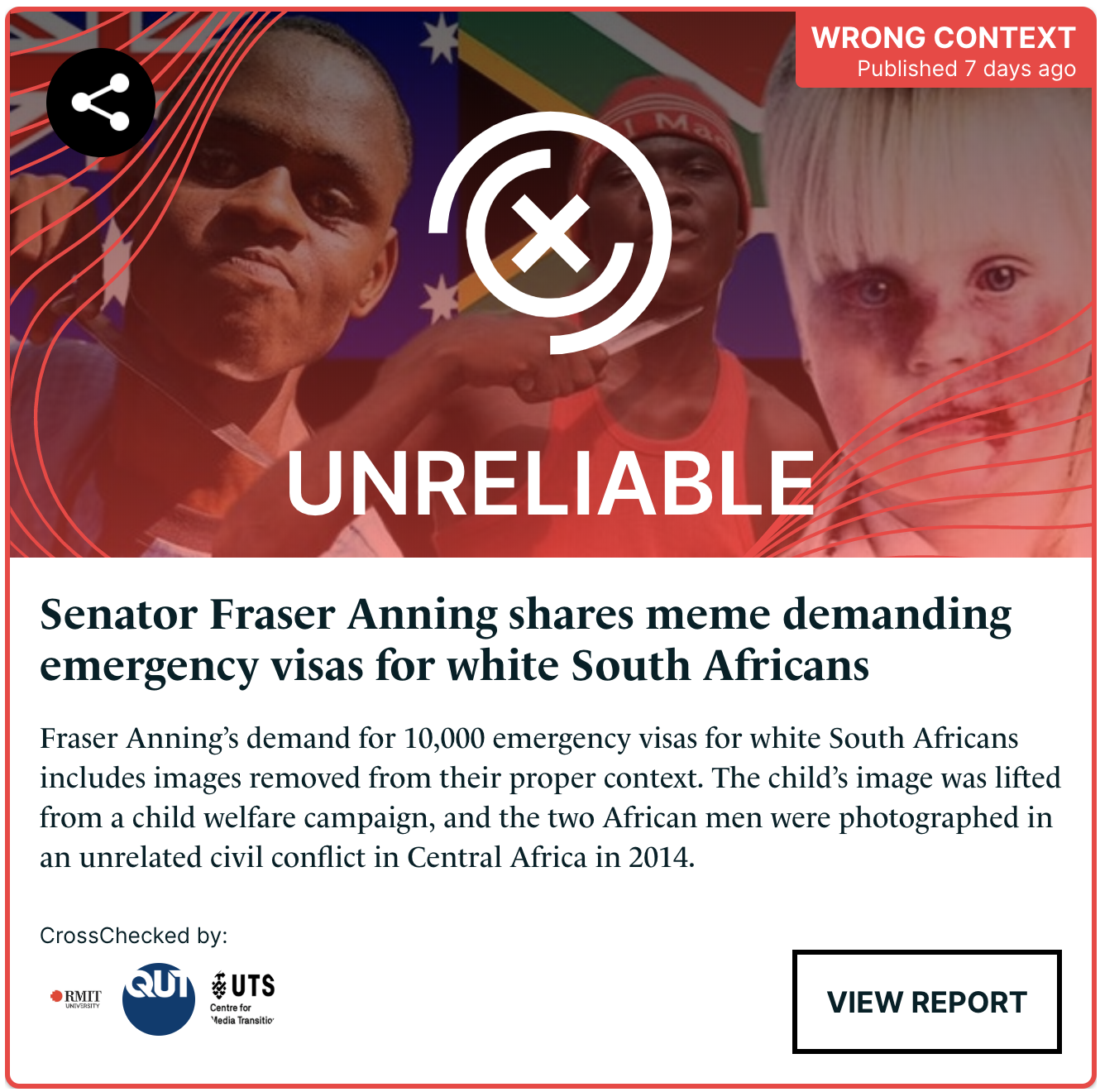 I moved on to other investigations. One was based on a find in CrowdTangle, the technology platform where we’d compiled lists of social media pages and groups to monitor for potential misinformation. A post from an anti-immigration Facebook page claiming that Muslim Australians had committed electoral fraud piqued my interest, as it garnered seven times more interactions than was usual for the page. A simple reverse image search was all that it took to prove that the image did not depict an Australian voter, but rather a voter in the 2015 Saudi Arabian election.

My next investigation required a more complicated verification process. Twitter users were questioning whether a photo of volunteers from the opposition Labor party handing out an Independent candidate’s “how to vote” card had been digitally altered. Perhaps two separate images had been combined together? I initially got off to a false start by searching using a cropped version of the image that did not reveal the entire scene. But another intern found the full-size image which helped get me back on track. 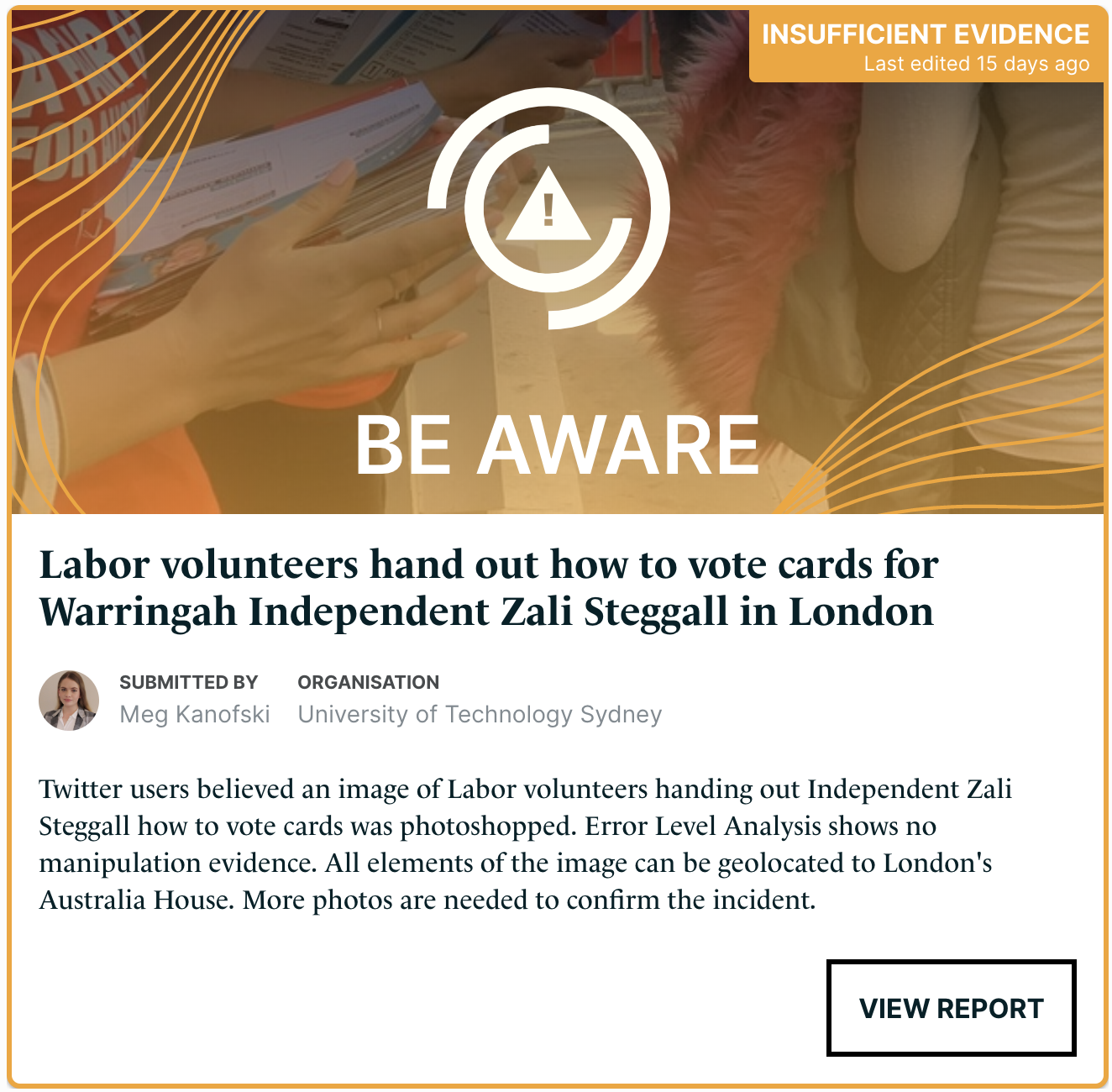 Using Google Maps’ street view feature and aerial imagery, I was able to geolocate all the elements of the image to the same intersection in London, by comparing features of the landscape such as distinctive masonry, trees and roads. All these features pointed to the likelihood that the photo was not composed of two images stitched together. I reached out to the photographer of the image to request more information about what he had observed while taking the image. As I headed to class at the end of my shift, I was still waiting for the answer.

Working alongside the First Draft team in its Sydney bureau headquarters gave me an invaluable opportunity to learn about monitoring and verifying tools. We had our well-trained eyes constantly on the most crucial election issues. At the same time, we focused on verifying possible misinformation without adding fuel to the fire by amplifying misleading posts that did not yet have a wide audience. It was an exercise in curiosity, technical skills, and critical and informed examination. 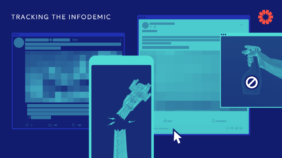 Governments around the world have tried to deal with the infodemic by restricting what people can say online. Some say they’ve gone too far. 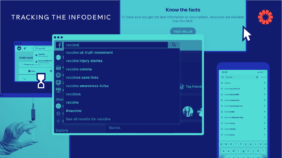 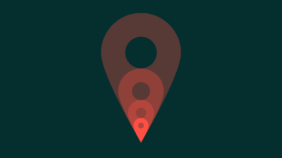