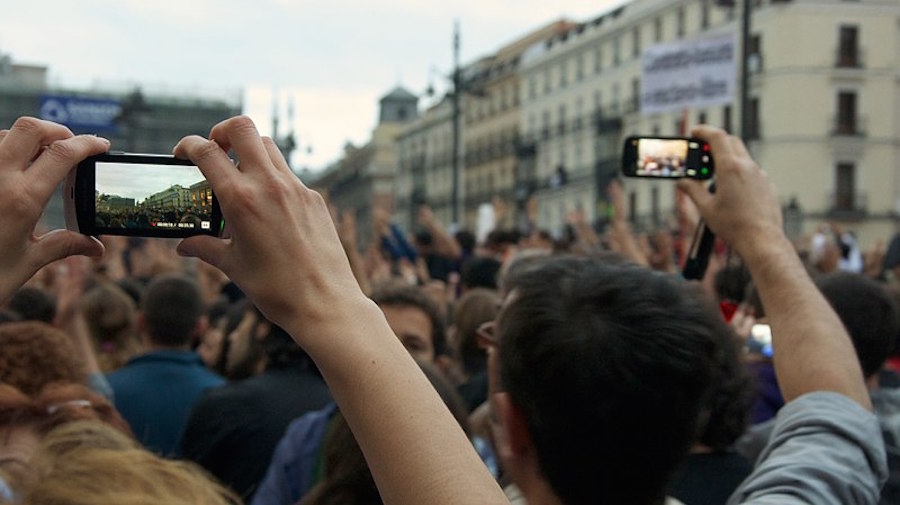 The movie “Sully” has a dramatic recreation of the circumstances surrounding Flight 1549 that crashed into the Hudson River in 2009 with Captain Sullenberger at the controls. I’ve yet to see the film, but I doubt they feature much about Janis Krums, the man who tweeted this picture from the ferry he was on at the time. 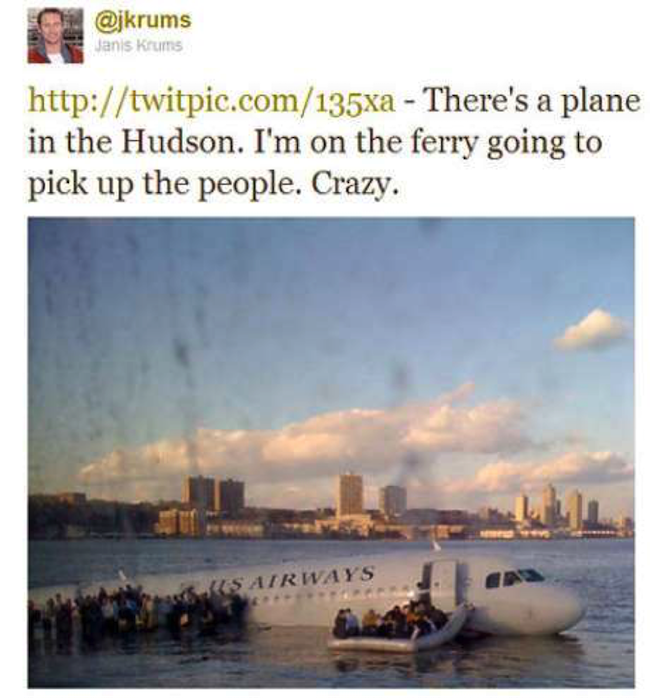 While it might not have been dramatic enough to warrant a scene in the film, the impact of this image on news practices was significant.

Back then, social newsgathering was not common practice. Some savvy reporters knew what Twitter was, but even as Facebook, YouTube and Flickr grew in relevance for journalists, the processes and techniques (logistical as well as ethical) had not been worked out.

Now, many newsrooms have dedicated social newsgathering desks, and we have a better understanding of best practices and workflows. But there are still many murky areas: How should I word call-outs? Do I need to contact a source if they’re being bombarded by media requests and I intend to publish content under fair use principles? Can I use images from a victim’s Facebook profile? Should I always add a credit to eyewitness media? Should I offer payment?

The new First Draft handbook, A Journalist’s Guide to Social Sources, is an attempt to answer ten key questions that I am asked most frequently during training sessions and after public lectures. It’s a short handbook of sorts, which has just been published by First Draft. It is aimed at reporters and editors, as well as journalism students and lecturers. The guide is organized around these ten key questions. 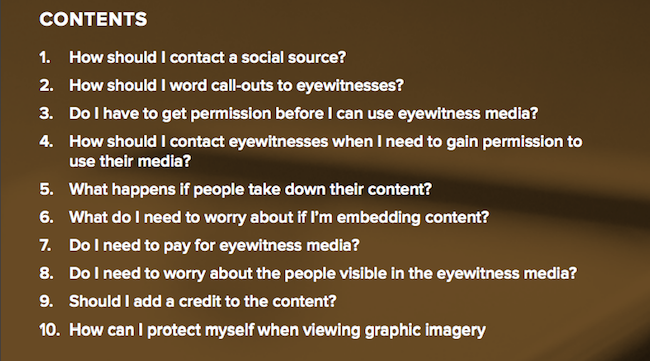 My hope is that this handbook will be shared widely within newsrooms and across journalism schools.

Many newsrooms have cut back on training because of financial constraints, but on issues like this it’s imperative that all staff know how they should work with sources and their content online. That includes understanding fair use guidelines around social content, best practices around graphic imagery and ethical ways of reaching out to eyewitnesses.

I’ve also seen some people express the view that these skills are only really relevant for large national and international newsrooms. But as we’ve seen during the Dallas shootings and more recently in Charlotte, eyewitness media is raising significant issues for local newsrooms who have to combine on the ground reporting with live video, photos and comments posted by their community. We’re increasingly being asked for training from local newsroom editors who worry their staff are ill-prepared for the legal, ethical and logistical challenges posed by eyewitness media.

We also hope the guide will find its way on to J-School syllabuses, and not just in ‘social media’ classes but in core reporting classes. Newsgathering in public spaces requires tact and empathy and should be taught alongside classes on approaching any other type of source.

Ultimately, the news industry as well as the social networks are working this out.

There’s broad agreement that we need a better way to manage permission requests during breaking news events as the impact on eyewitnesses can be overwhelming. Columbia Journalism Review interviewed Allison Griswald, who uploaded a video during the Dallas shootings, and her testimony highlights what it feels like to be in the eye of the storm.

“Griswald regretted posting the video almost immediately,” reads the report. “Journalists wanted interviews, and overtures from some members of the press began to feel entitled and intrusive.”

There are also issues related to users not being alerted when their content is embedded by a news organization. Many people have no idea something has been used until a friend tells them. At that moment the eyewitness realizes that their ‘audience’ has gone from a few friends and family to potentially millions. There have been calls for the social networks to add this feature but it would undoubtedly cause more people to take down content once they realize how widely it’s travelling.

Because these issues are far from being resolved, this guide is a live document that will be updated as we work our way through these challenges together.

There are examples, case studies and ‘key points’ at the end of each section. If you have anything to add or burning issues I’ve missed, I’d love to hear from you.

Please share the link and if you’re at a conference and see a First Draft booth we might even have a hard copy left.

Download the handbook “A Journalist’s Guide to Social Sources”